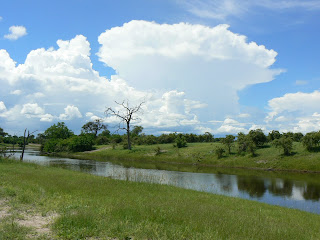 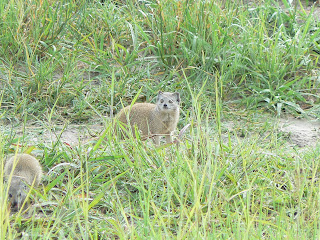 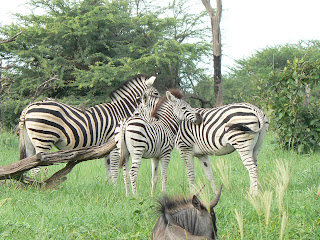 How many times have you asked yourself if you are right in a choice you are making? Nearly 99% of the time you have asked yourself whether your decision is right or not.
How many times have you turned your back on an issue, turned a "blind eye" to something that you know should be addressed?
How many times have you stood by while knowing that something is happening and should not be happening, or can be changed for the better?
I ask whether we are right to stand back in silence because we are 'afraid' (not scared, just politely holding back) of facing up to something which we consider to be bigger, better, more powerful, more authoritative or more 'acceptable' in the public eye.
I said it yesterday as well - we have the right to voice our feelings and our opinions. If we believe in something enough to think it is important,we have the right to voice it aloud. We have the right to stand up against those that we consider to be more powerful or stronger than us. In fact, we have a duty to do so.
Our world in southern Africa is facing a multitude of pressures on its wildlife conservation. There are many (many, many actually) who are working flat-out to help and try to stem this present onslaught. I am just saying that we, the majority - the silent majority actually - (and I include myself in that) have got to stand up and say to our 'leaders' "enough is enough". We are a voice, we are a power and we have to be heard and we have to have action taken positively to stop or intervene in the slaughter of animals and the loss of land - both to humankind and animal.
My concern lies with animals. Rhino, elephant all the way down to the smallest creature is being poached illegally by people who simply do not understand, or wish to learn, the impact in the future of their actions today.
I abhor the actions of officials who don't have an empathy to see the real circumstances in which the society around them lives. Education is better than slaughter. But once something is killed, it is dead. DEAD. Gone. We cannot sit around and pontificate about whether it is right, wrong or justifiable - we have to act on the words that we have spoken, of the goals and principles we have set. That unfortunately applies to governments and their organisations as well. You cannot say things and then fail to see that they are carried out by your representatives. It is NOT up to the private individual to correct the faults of government all the time..the citizens of a country have given their government the mandate by their support, they have given and continue to give the government the support financially by taxes et al.
Support the organisations in your community and your country who are striving to help the poor, the underprivileged, animal welfare. But do it knowing that you have the right and the duty to speak out against officials and official organisations who do not do so. As a human on this little orb, it is in fact our duty to do so.
Posted by Toff Hill at 11:27 AM No comments:

Don't ever try to type and post something when you can't see the key board properly!
I have just lost a deep, emotional comment for here and I am not going to re-do it now. Suffice it to say that we have to really look into ourselves to know and appreciate what and who we are.
Your daily "things" which do not do much for you as an individual (strength and growth wise) are ok but they are NOT that important. Too often we let them be exactly that- too important- and we start to mold ourselves into a personality which is not us.
All over, for years, we have heard that we should "love yourself" and then you will be better off. Well, it is true. But it's a hard lesson to learn. 'Cos I reckon that's got to be one of the hardest - to love yourself. You can "believe" in yourself, you can know that you are doing ok and so on. But love yourself? We know that we have far too many faults in ourselves that we have to address before we can love ourselves!
Wrong. Loving yourself is actually just coming to terms with all that you are - what you have done and want to do - and then learning that probably, we are not only individuals but have to have the strength to be with others around us. Any bit of sharing and compassion, empathy or daring that we show, makes us understand "ourself" better. At the same time it gives us more confidence that we can partake in this thing called life and society knowing that the bit we have just done has benefited "ourself". Honesty to others and yourself is a big part. Never let yourself down nor do anything which will lower the standards you have set for yourself. Never be too harsh to judge others who might not have that ability yet.

Its hard and I know that there must be millions of people that never look into their lives anywhere like this. True love, I believe, is an understanding, a feeling followed by actions, which then turns your REAL life into happiness, comfort and a prosperity for those who are with you. Thereby you gain and are more fulfilled - and so are those around you, because your calmness does reach them and they benefit from that.

If we, individually, are not doing "bad things", then we are helping each other. If you have something to say about the people and the world around you, then say it. But not in such a manner that it is not heard by the world or the people affected. 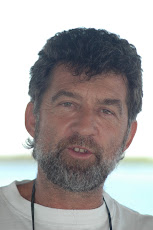